There are only three kinds of people in this world—those who are good at math and those who aren’t. (Always warm-up the audience with a joke! Ha ha!)
Amidst all the ways we classify people, I offer a new one here—those who recognize facial hair and those who don’t. Since I shaved my moustache, it has been fascinating to see the reaction—or lack of it.
I was a late shaver and once that facial hair starting appearing in college, I just let it freely express itself. It was, after all, the 60’s. (Well, actually, the early 70’s, but everyone knows that the 60’s were really from 1965-1975). Eventually, a fully formed beard emerged and kept me company until I turned 30. And then in a memorable event in northern Michigan, the only time my parents stayed at my in-laws cottage on the lake, I awoke early on the morning of my 30th birthday and had my father shave my beard. We decided to keep my mustache. I then crawled back into bed and waited for my wife to wake up so I could surprise her. Two hours later, I grew restless and started clearing my throat. She finally awoke, looked over at me and shrieked, “Ay! It’s Donald Sutherland!!”
I kept my moustache for the next 30 years—except for one short month back in 1985 when I shaved it to fool the kids as the Mystery Runner in our school Walkathon. No one was fooled and I decided to immediately grow it back. So in my first day back at school this week, I said hello to the Lower School Head. She has a habit of always being the first to notice when I get a haircut, so imagine my surprise as I stood face to face and chatted with her for five minutes before I finally had to blurt out, “Notice anything different?” Even with the prompt, she still didn’t. Now we have been colleagues for some 25 years, passing each other in the hall, sitting at meetings together, eating lunch down in the kitchen across for each other. Meanwhile, a five-year old boy who hadn't seen me in seven months waved to me from down the hall and after seeing me from far away for exactly 2 seconds, shouted, “Hey! Where’s your mustache?”
And so it went. Either people noticed immediately or not at all. It didn’t divide down any gender/age/ familiarity line. As mentioned above, some people who have known me forever didn't notice and others who knew me more casually did. Which in my thoroughly scientific research style, led me to these earthshaking conclusions which may stun the neuroscientists and change the way we think about each other. Ready? Here they are.

And then there might be a third category of people. “Yeah, I see it, but do I care? You think I don’t have anything more important on my mind that commenting on your stupid mustache?”

At any rate, I’ve written to Howard Gardner and suggested this be included in his growing list of Multiple Intelligences. Before long, school curriculums will be built around developing this all important intelligence, showing photos of two people with similar values, but noticing their distinct facial hair differences (here I'm thinking of George Bush and Bin Laden).
Meanwhile, you can test yourself. Look at the two photos below. Do you see anything different besides the Christmas tree, head angle, light and upper body clothing? If so, give yourself an A. If not, you may be one of the unfortunate types doomed to only succeeding in linguistic and mathematical intelligences.
Sorry. 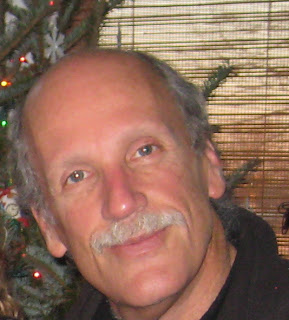 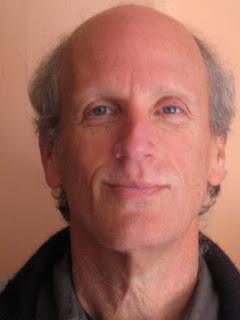