If anyone— your high school guidance counselor, for example— told you that you could travel all around the world, and occasionally stay at top-end resorts in Borneo and get paid for it by playing children’s clapping games, you would be right to wonder if he was, as the Australian’s say, one brick short of a barbecue. (And you know this because Australia was one of the places you went to.)

And yet that is precisely what I have done.

How weird is that? Yet here I am in Kota Kinabalu, a place I never even heard of until yesterday, at the EARCOS Convention (East Asian International Schools) about to present a workshop on children’s games. Games, incidentally, that I never played myself as a child. Maybe my sister did, but me, I was too busy with balls and climbing trees and throwing rocks in the lake to be bothered by improving my rhythmic/linguistic/ social skills clapping with a partner. Yes, there was an occasional jump rope and hopscotch, also in the girls’ territory, and then the gender-neutral hide-and-seek and tag. But mostly stick ball and basketball and football and build forts and the beat-each-other-up rough and tumble world of 1950’s boys. Back then, if I told Donnie Snodgrass that I was going to build my career on playing patty-cake, I’m sure he would have beat me up on the spot. But then again, I’m on the verandah of my luxury hotel suite sipping Mai-Tai's while the sun sets over the water and Donnie’s probably in a small, dirty house in New Jersey drinking bad beers while watching bowling on TV. In your face!

But when Monday morning rolled around, drinking beer on a couch watching bowling almost sounded better to me than boarding yet another plane for 24 hours of travel. And the beginning was not auspicious. 90 minutes stuck on the San Francisco runway, one screen with movies I had already seen, a guy next to me with the sniffles. I joked at check-in about getting upgraded to first-class and the attendant actually looked into it and said I could—for 30,000 miles and $600. Not at the place yet where my comfort is worth that.

But the 12-hour flight passed as well as it could with a video about Keith Jarrett on my laptop, a good book (Plan B by Jonathan Tropper) and some sleep. And more sleep at the Seoul Airport layover, then another five hours with a good movie (Paper Moon- a classic!) to Kota Kinabalu. Horizontal in bed by 1 am and managed to sleep 9 hours! Woke up in Paradise— palm trees and an ocean out my window, multiple swimming pools, luxury suite, the whole 9 yards of the Club Med life. But it’s a white folks paradise, the kind with brown-skinned folks serving and truth be told, I don’t love it. I’m not at the other end, living with the natives in the interior of Borneo learning how to shoot game with poison darts from blowguns, but do love the middle ground of staying in simple places and studying some music with the folks who live there.

But here I am with a thousand plus teachers, most of whom will go to adult-sounding workshops with titles like: Maximizing Student Engagement through Formative Assessment and How to Review Team Motivation for Effective Productivity. My workshop description?

It’s a great gig. Off to the beach! 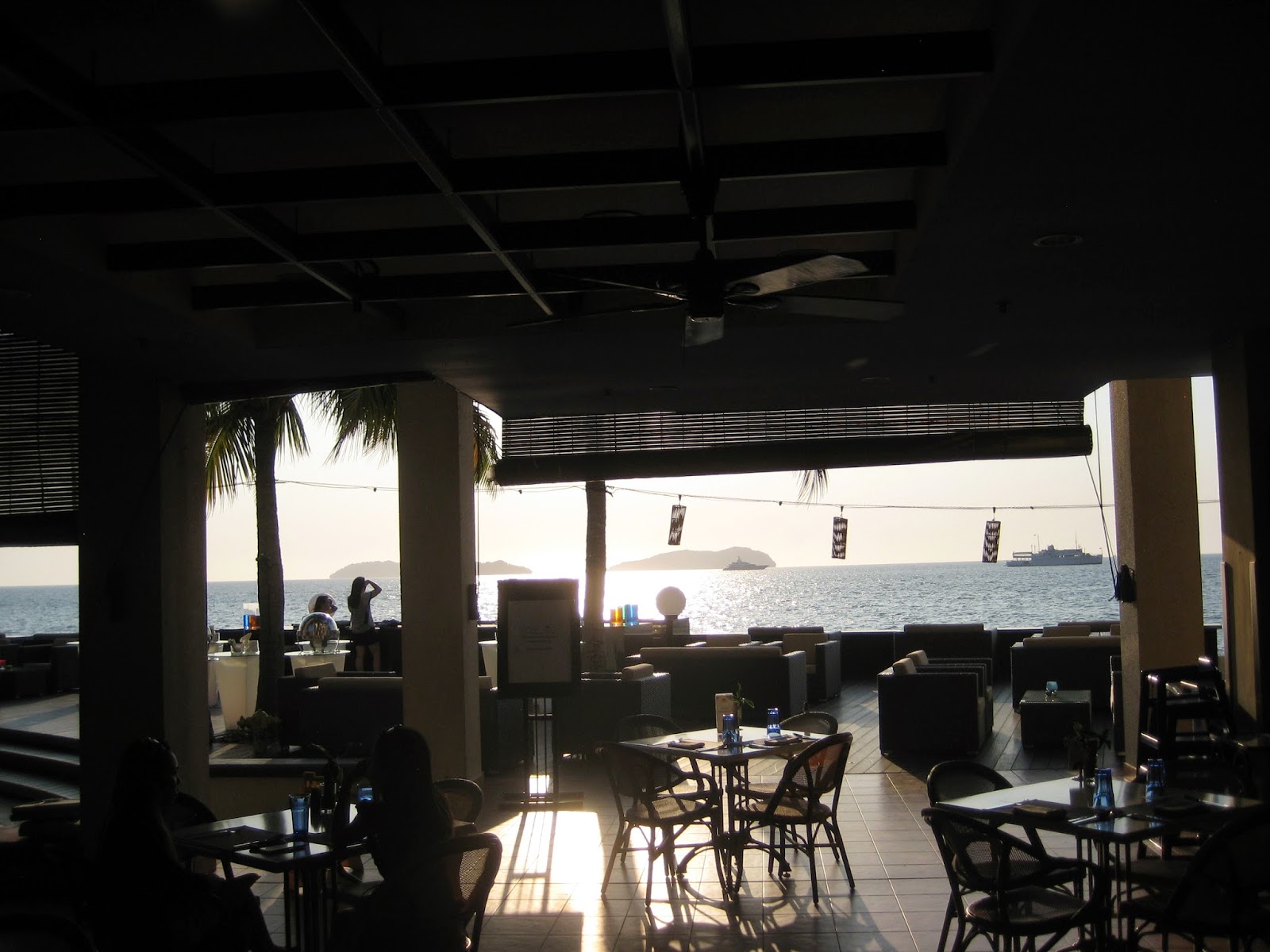