I was 22 years old living in a trailer in the North Carolina mountains. My emerging vision of alternative education, communal living and life “in the country” came together in one piece working at the Arthur Morgan School, a Quaker-inspired boarding school for Middle School kids. One day we drove to the library in the town of Spruce Pine and I came away with an album from a folk singer named Jean Ritchie. As the sun set behind the mountains on a crisp Fall day, I nestled into my cozy trailer with its Murphy bed and put this record on my little turntable and out came the voice of an angel, accompanied by the sweet tones of a dulcimer.

She sang old ballads, play-parties, lullabies and folk songs, none of which I recognized, but all of which I knew in some secret part of my soul. Murder, treachery, tragedy, love mostly unrequited, nightingales, cuckoos and the magic of twilight a’stealing— it wasn’t exactly the stories she told or the words she sang, but the feeling of it all that captivated me. Through her I could here the voice of a family, a people, a culture and a misty morning in a Kentucky holler, all of it given voice through this pure and untrammelled voice. I fell in love at once.

Some time later, I heard her again on an obscure record singing unaccompanied the hymn Wondrous Love. Many a time in the midst of the intensity of a Zen meditation retreat in Mt. Baldy overlooking L.A., I’d wander a bit at night amidst the star-filled sky and hear her singing that song, the soundtrack to my sense of renewed mystery and magic and wonder and deep connection to the ten thousand things in this world. As practiced meditation peeled away the layers of self and brought me back to my lost childlike-wonder, indeed it came as the grace of a wondrous love, the lyrics given body by the remembered voice of Jean Ritchie:

(Was it she who changed the original Lutheran hymn’s last line from “to bear that dreadful curse?” to “To send such perfect peace?”)

In 1989, I had the great fortune to see Jean Ritchie in person at the AOSA Conference in Atlanta, Georgia. She and the Georgia Sea Island Singers were the two guest performers, both perfect representatives of two powerful musical forces in American culture—the Anglo-American and the African-American strands of our folk music legacies. Both developing in relative isolation, one tucked away in the mountains and valleys of the Appalachian mountains drawing from, yet transforming, the traditions of Ireland, Scotland, England (Jean Ritchie took several trips to the British Isles researching song origins) and the other in the Sea Islands off the coast of Georgia, retaining some Africanisms (a language called Gullah, for example). My mentor Avon Gillespie had just recently passed away and as these two different groups sang, they helped in different ways begin a long healing process from that loss.

In 2003, Jean came again to an Orff Conference. As she sang with photos of her childhood landscapes showing, a sterile hotel conference room was transformed and we all were transported to both the haunting beauty of growing up outdoors, the joy and craziness of being one of 14 (!) children, the difficulties of a rural life framed by an austere Christianity and the tragedies of the strip-mining that had invaded and spoiled the land and the culture.

I did overhear two young music teachers saying, “She sang some notes out of tune” and was so sorry for them, trapped in some notion of music as perfectly executing given notes and missing the point of letting your soul out. After the concert, my colleague Martha Crowell went up to Jean and thanked for her all she had given in her life. “”Well,” Jean quipped with a smile, “I guess I just couldn’t hep myself!” Indeed. You sing the songs you learning washing dishes with your family or sitting on the front porch and somehow the world needed it and started to pay attention and inspired people to thank you, but at the end of the matter, it wasn’t anything special. You just did what you had to do, what you loved to do.

After the Conference, I interviewed Jean by phone for the Orff Echo magazine (still looking for my interview on the computer— if I find it, I’ll share it). In 2005 (Jean was 83 then), I discovered that my wife’s aunt lived in the same town as Jean Ritchie, Port Washington, Long Island. (Jean moved to the New York area to pursue her folk singing career many years back and had a home there and also in Berea, Kentucky). She set up a luncheon at a nearby Country Club and we had a lovely meal and conversation together. At the end, we took Jean home, she invited us into her house and showed a room filled with the chaos of papers and cassette tapes and such. Jean apologized and said, “My children are after me to get this stuff organized. There’s a lot of old recordings and such.” My eyes lit up and I offered, “Well, if you want some help, I bet I could get five people to come here and help you do just that!” She seemed mildly interested, but neither she nor I pursued it and I regret that. I wonder what was become of it all.

So much more to say: her popularization of the dulcimer, her collaborations with Doc Watson, her shows with the California Revels (I went to that also!), her original songs,her Skin and Bones song that I sing every year to the kids at Halloween, the Nottamun Town tune that Bob Dylan borrowed for his Masters of War,  her fascinating autobiography Singing Family of the Cumberlands. Like Pete Seeger, she lived to a ripe age (93) and stayed true to her passion every minute of it. Such longevity is often used an excuse from grieving, but there is a hole left here and along with the celebration and the memory available in books, recordings and such, let’s keep her legacy alive. If you’re reading this and you have children or teach children, sit down and listen to some of her music together. You won’t regret it.

I’ll leave Jean with her own last verse of Wondrous Love. 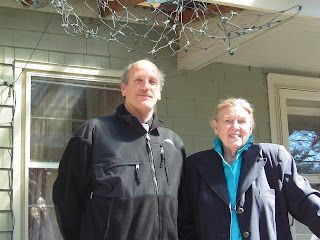