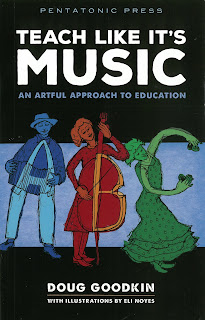 “Elemental music is never music alone but forms a unity with movement, dance and speech. It is music that one makes oneself, in which one takes part not as a listener, but as a participant.” -Carl Orff


How many of you love music? How many of you hated music class or music lessons? It might not have been your fault. You didn’t have the words for it, but you probably felt that the class was so anti-musical. The idea of what music is and how to teach it was too narrow. The approach I work in called Orff Schulwerk begins from the radical premise that Carl Orff described in this quote. Music is playing, singing AND dancing.