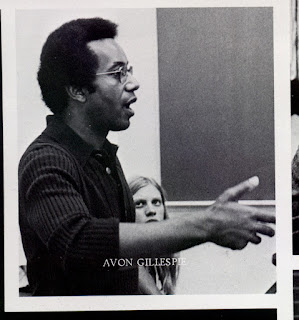 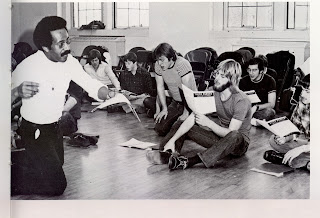 Like any red-blooded American boy growing up in the ‘50’s, I dreamed of being a soldier. I loved to play war with my friends and watched my share of war movies, which convinced me there was nothing cooler than killing the evil enemy. War was the path to pride and glory, the way to become a hero and gain the respect and adoration of all.  I remember watching a movie about the Marines, after which I circled my block on my bike some twenty times singing The Marine’s Hymn at the top of my lungs. I remember reading The West Point Story and deciding that was the place for me. For a whole two days straight, I practiced getting up early, making my bed, doing push-ups and then decided that was enough. And that was pretty much the end of my military career.

By the time I was in college, my hair was long, I painted the Peace Sign on my hippie beads and tie-dyed shirt and tried to convince the girls that I was available to Make Love Not War. The John Wayne heroism promised in the war movies was now footage of Vietnam on the TV and it was anything but glamorous. And all too real for someone of draftable age. I was rescued from life in Canada (though right now, sounds pretty good!) by a high lottery number and the end of the war close to my college graduation.

And so each Memorial Day, I can bow my head with others to honor the fallen, on both sides of any conflict. But I've seen too much to wholly embrace the honor and glory in obeying orders of the rich and powerful who send young people out to do their dirty work. The soldiers I admire can be found in the Civil Rights movement, who killed the enemy with love and prayer and non-violence. I think  of Gandhi’s grand military strategies armed with a spinning wheel, of the ferocity of Jesus proclaiming his sword of justice.

Today I choose to honor another type of warrior, one who fought for life and love and jubilant communal celebration and the flowering of the Spirit. For it was on this day, May 29th, 27 years ago, at the too-young age of 51, that my dear Orff teacher and mentor Avon Gillespie (photos above) passed back through the corridors of light to the other world and left me here to carry his work forward, to keep his memory alive in the waving grass, to point out to others the vivid air signed with his honor, to continue to clothe young people head to foot in song.

These images from Stephen Spender’s poem below, which well-captures the larger-than-life quality that people often felt in the presence of Avon. Perhaps you know someone like Avon, perhaps you yourself need reminding to never allow the traffic, noise and fog to smother your spirit. These are good thoughts for Memorial Day. Enjoy.

I think continually of those who were truly great.
Who, from the womb, remembered the soul’s history
Through corridors of light, where the hours are suns,
Endless and singing. Whose lovely ambition
Was that their lips, still touched with fire,
Should tell of the Spirit, clothed from head to foot in song.
And who hoarded from the Spring branches
The desires falling across their bodies like blossoms.

What is precious, is never to forget
The essential delight of the blood drawn from ageless springs
Breaking through rocks in worlds before our earth.
Never to deny its pleasure in the morning simple light
Nor its grave evening demand for love.
Never to allow gradually the traffic to smother
With noise and fog, the flowering of the spirit.

Near the snow, near the sun, in the highest fields,
See how these names are fêted by the waving grass
And by the streamers of white cloud
And whispers of wind in the listening sky.
The names of those who in their lives fought for life,
Who wore at their hearts the fire’s center
Born of the sun, they travelled a short while toward the sun
And left the vivid air signed with their honor.
Posted by Doug Goodkin at 7:14 AM