In honor of my wife’s 72nd birthday, off we went to meet our daughter in Yosemite. I was 21 when I first visited this magnificent place. I hitchhiked there and backpacked alone for four days. Those were the years when my life was spread out before me, when I was reading Yeats and listening to Judy Collins and Bob Dylan and was filled with the collective dream we were creating poem by poem, song by song.

Two years later, I was back in Yosemite with my new girlfriend and six years after that, we returned there again on our honeymoon, just back from a remarkable one-year trip around the world and resuming teaching at the alternative school for our fourth year. That dream of a better world had grown feet and class by class, we were walking with the children toward the promised land of a kinder, more just and more beautiful world that already existed in each art and music class that we taught.

So here we were, over four decades later, driving the familiar route past the familiar places listening to Judy Collins. Only now we were talking about friends who are looking into moving to an Assisted Living place. The lion’s paw of mortality is still with claws retracted, but it is most definitely brushing against our shoulders. While Judy Collins brought us back to the time when all was future, a “Someday Soon” with Dylan’s answers “Blowing in the Wind” and Yeats’ visions of the “bee-loud glade” of some future home. At the same time that we glimpsed a possible future of nursing care and wheelchairs going to some Home’s art class or playing their piano.

We are both poised in a new place on Time's wheel, where possibility  holds hands with certainty, “hope to” is wed to “did it,” that pimply “who will I become?” walks side by side with the  wrinkled “who have I been?” It is the meeting point of our innocence and experience. And like the Yin/ Yang symbol, with its small circle of the other contained inside each half, we were already living the wisdom of experience in the midst of our innocence, we are now keeping our capacity to still dream and imagine alive and breathing inside our experience.

Consider: Yeats was 32 years old when he wrote, “Though I am old with wandering now…”, Judy Collins 28 years old when she wondered “Who knows where the time goes? (and the songwriter Sandy Dennis 20 when she wrote it!), Bob Dylan was 22 years old when he longed to be in that room again with friends in his song Bob Dylan’s Dream. All of them speaking with the voice of age through the eyes of youth.

At the other end of the spectrum, I’m still asking “what if?” and dreaming alongside my grandchildren in the face of the stark realities that daily try to trample my dreams to dust. Nevertheless, I persist, looking at life from “both sides now,” dancing to the soundtracks of my youth with the body of my aging. Driving to Yosemite with all times and all ages by my side. 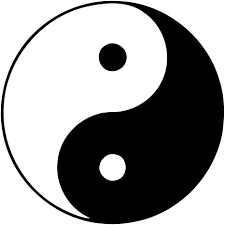