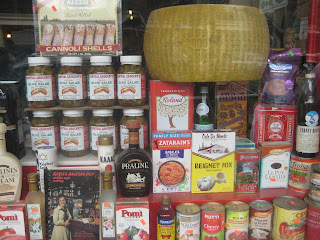 • Open carry. Liquor, that is, not guns. People walking around the streets and in and out of stores with their cup of beer, daiquiri, hand grenade drink, what have you. 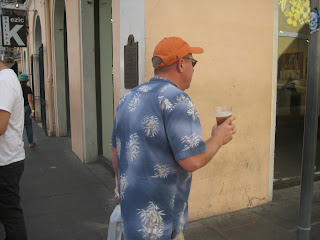 • Back-to-back clubs with bands playing everywhere, all styles of jazz, blues and other music (Cajun/ zydeco and fusions of all of the above.) 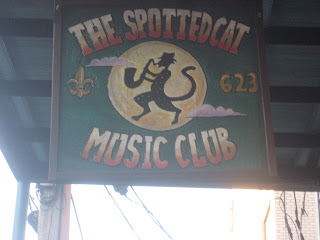 • Where Martin Luther King meets Jefferson Davis. Side-by-side history of oppression and resistance and confusion over which to honor (though progress with recent removal of some statues of white supremacists). 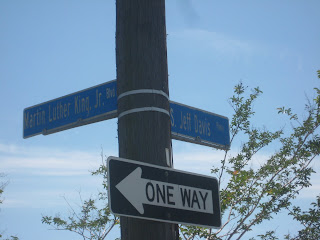 • A tradition of Mardi Gras Indians that exists exactly nowhere else in the world. 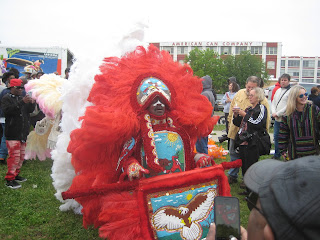 • Steamboats on the Mississippi. 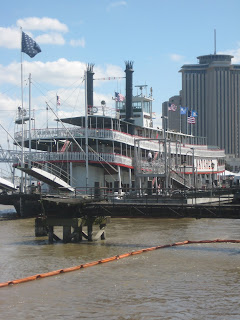 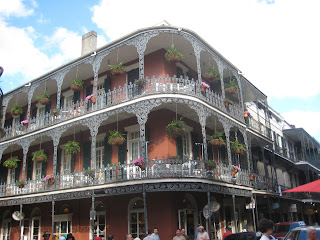 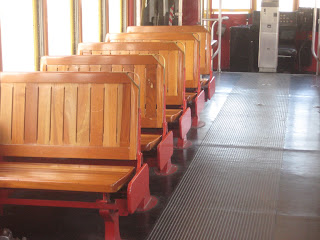 And so much more.

P.S. Yesterday I spent at French Quarter Fest in the…well, French Quarter… and after some cool San Francisco-like weather for several days, the sun came out in all its blazing heat. I decided to try to treat myself to an afternoon ice cream and after walking through just about the entire district, I couldn’t find a single place that sold ice cream! Come on, New Orleans! It’s a hot place here! Likewise, hardly any bakery or coffee shop. How strange! And haven’t passed a single movie theater in all the neighborhoods I’ve explored. A place can be defined by what it doesn’t have as much as by what it does.
Posted by Doug Goodkin at 6:53 AM