It has been a rich, rich time here in my old home state of New Jersey. Teaching teachers at NJPAC in Newark, teaching teens in a program sponsored by NJPAC, circling back to old friends and old haunts and my old home town where I taught elementary kids in my old Elementary School and then drove to the new location of my old high school and taught more kids there. These last two—well, three, actually—were all pro bono, a kind of paying back to the community for the education they gave me, flawed as it was.

When I first had the idea of teaching back in my old elementary school, I began to dream about it and it had a luminous presence in my imagination. So when I got there and sat on the stage and looked out at the seats where I had once sat between 55 and 61 years ago (!!!), I expected to feel some extraordinary sense of time passing and returning. Truth be told, it wasn’t quite the spiritual epiphany I anticipated. I was more concerned with tuning the guitar that never had been played, figuring out how to get off the stage to play the piano that was on ground level (that also needed tuning!), which of my large repertoire would suit these 150 or so kids.

But still it was fun! Missing having a drum for one of the pieces, I publicly vowed to buy the school one. If, that is, the kids sang well. Never pass up an opportunity for a mild threat to get attention! Later in the program, getting irritated by the teacher in the third row looking at her damn computer the whole time, I added, “By the way, your teachers have to sing also or no drum!!!” That got her got her attention. For about two minutes.

All in all, the kids were pretty good and got especially attentive and sang especially well in the always-a-hit-with-kids John Henry song. We went on for some 45 minutes and I had more in me, but went with the “leave them wanting more” philosophy and had them exit quieter than they ever had in their lives —all for the sake of the drum, of course. Which I better remember to buy them!!

After the class, I walked through the halls a bit. Went to the office where I had been sent so often to visit Mr. Feinberg, walked down the hall where Mr. Anderson made me duckwalk down and back for misbehaving, stood outside the 3rd grade room in the hall where I spent as much time as inside the room. I did my best to conjure up all the ghosts of my Schooling Past and listen for their rattling chains, but again, truth be told, I was just in another school hallway.

I then drove out to my old high school’s new site and had a rollicking good time with a beginning 8th grade band. Dropped in on my math teacher and basketball coach, now in his 54th year, and then my biology teacher and the school’s famous soccer coach, now in his 60th year. This man, Miller Bugliari, is nationally known for an extraordinary six decades of championship soccer teams, but equally impressive was his memory. He remembered me, my brother-in-law Jim who he coached and remembered where Jim lived and what kind of car he drove.

I am much the same way, known in my school for the most reliable and long-standing institutional memory and when alums come visit, I invariably recognize them and tell them a little story, things like remembering how this one slid on a chair while playing the bass bars and that one liked fly fishing in 3rd grade and the other one was terrified of my Skin and Bones Halloween story and so on. So I understand Mr. Bugliari’s gift and am heartened to see him still exercising it—and still coaching soccer—at 83 years old!! Guess I don’t need to retire so soon.

A few photos below, but first three more things:

• New Jersey is beautiful!!! The Fall is waning, but things are still ablaze with color and its simply breathtaking. My street, the park near my old house, the drive to Martinsville, even Newark.

• And my hope of all hopes that this will mark another turn of the Wheel of Fortune and we’ll start spinning away from the “rape, the rot, the graft, the lies” (Langston Hughes’ words from 82 years ago) and turn back and forward to some semblance of truth, justice and beauty.

Turn, turn, turn, oh wheel and circle us back to the place we’ve never been yet, but yet, must be! 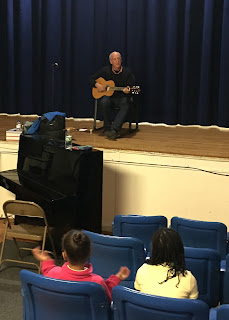 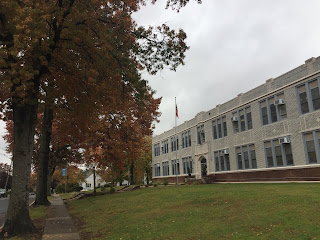 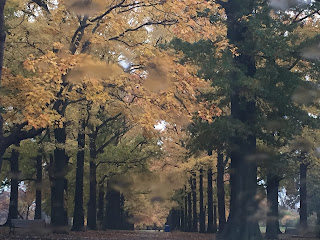